Get To Know Ben 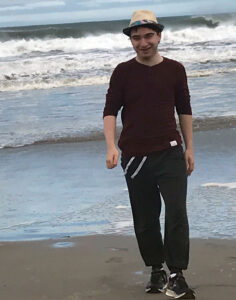 Embracing oneself leads to fulfilling one’s dreams—including for autistic people, and anyone else whom others consider “less than.” –Ben Levin

Ben has been in love with stories ever since he was a little boy and has written many throughout his life. “Stories just constantly pop into my mind like magic, and I feel a need to share them with other kids,” says the teenager. Born in Lexington, Massachusetts, the New England native currently lives in Montvale, New Jersey with his parents, his little brother, Jake, and their two dogs, Stark and Sherlock. When he isn’t writing, Ben enjoys reading, playing sports, hanging out with friends—and listening to the Beatles.

Published author of the multiple book series Nellie’s Friends, written for grammar school readers, Ben also authored Ollie and the Race for early readers. His breakout Young Adult novel, In the Hole, offers hope and inspiration to young adults and their families who face homelessness and economic insecurities during this challenging time in history as we collectively face a global pandemic. Ben’s greatest wish is “to bring joy through my writing to kids all over the world.”

Ben is also proud to be autistic and wants to use his status as an author on the spectrum to be an example of how autism is not a setback, but a gift. He wants other people on the spectrum to know that they are as capable of following their dreams as anyone else. “The label doesn’t matter,” says Ben. “We too are capable of making our dreams come true!”

Ben has always been a proponent of encouraging people to follow their dreams. When Ben self-published his first book, Ghost Wars, in eighth grade, a friend made a comment about how Ben’s dream was coming true and how that inspired him to pursue his own dreams even more. Ever since, Ben has wanted to use his writing as an example that if people work hard enough and believe in themselves, their dreams can come true as well.